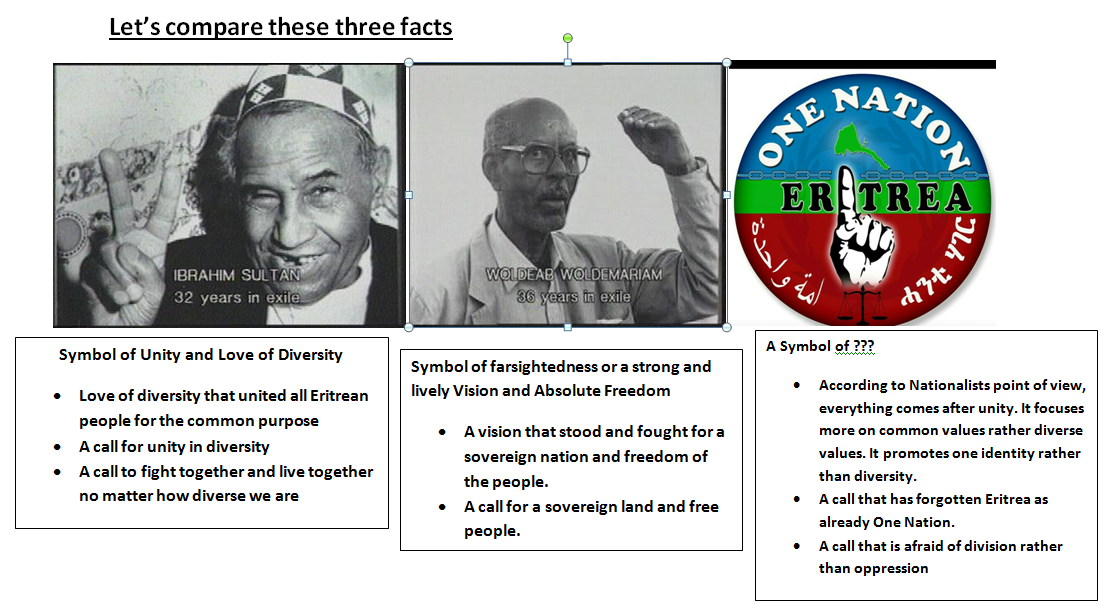 Unless One Nation Movement comes with a revised beliefs and an inlcusive objectives and with a clear strategy, it is simply a hallucination, it is simply another entry of 2017 in the opposition list.

I wish they have learned something from Medrek, a supposed platform for all opposition groups, turned itself an opposition organization which competes with the existing camp.

Some of the inclusive objectives that I have in my mind:

Reason: be it 9 ethnic groups or 100, it does not matter. Lets respect this declaration on human rights Declaration on the Rights of Persons Belonging to National or Ethnic, Religious and Linguistic Minorities

Declaration on the Rights of Persons Belonging to National or Ethnic, Religious and Linguistic Minorities

2. Lets not exclude forces that believe change can also come from outside.

Reason: Declaring ‘No intereference of outside forces in the Eritrean matters’ is nothing but Isolationist Strategy.

4. Lets avoid strategy of saying, ‘If you agree with me, welcome, if not get away”

Reason: every thing has a reason to exist. For example, Kunama Opposition forces, Afar, Jeberti, etc, have a reason to exist. If their rights to exist as people fails in danger, they have every right to fight for self-determination.

6. Lets not preach again nationalism on the same style that we are preached by the existing oppressive regime.

Reason: Lets read what Nationalism/Patriotism is. In fact, what One Nation is trying to convey is purely the Ideology of Nationalists. You can read this link and you will see why One Nation Movement is not coming with any original material.

For more detailed analysis, you can also read what I wrote in my blog. In case, I am attaching it here. One Nation Movement: A big mistake from its Start 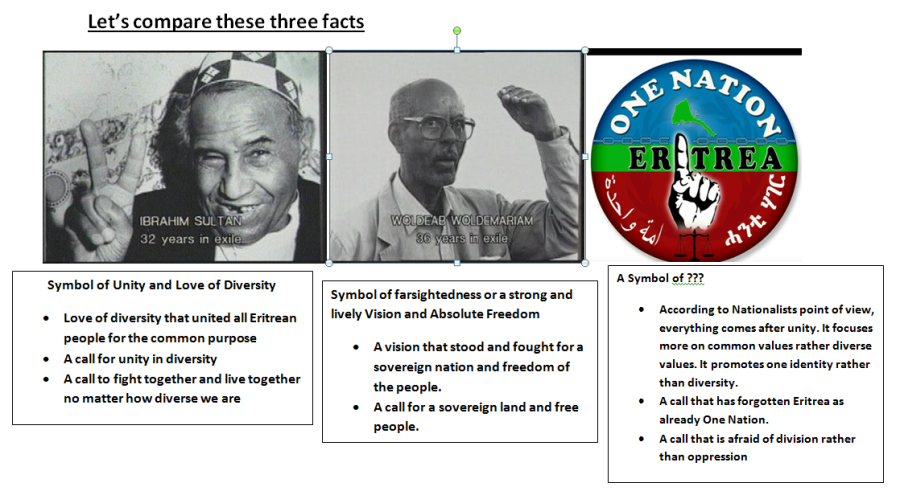